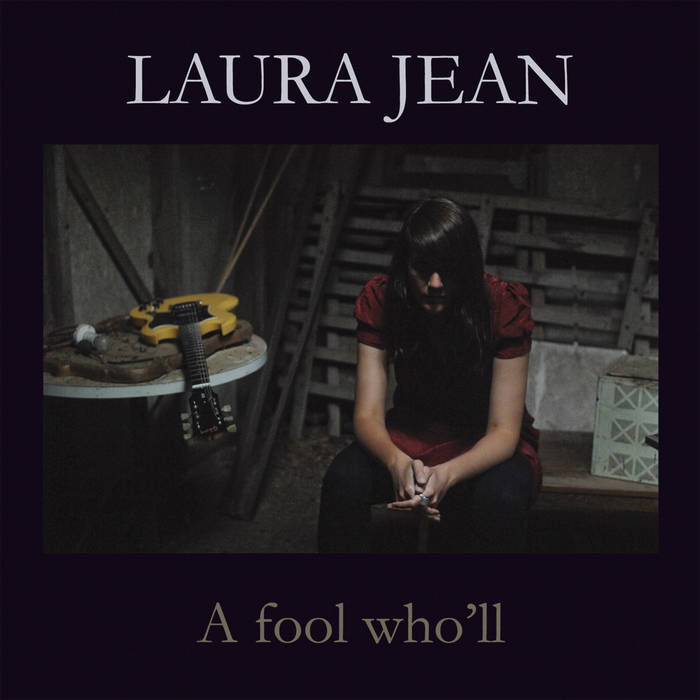 The first sound you hear on A fool who’ll, the third album by transcendent songwriter Laura Jean, is something never heard on a Laura Jean record before. It’s the sound of an electric guitar.

Back in 2009, Laura was one of eight songwriters to receive an APRA Professional Development Award, and among the cash, recording equipment and other prizes, she also won a pastel yellow Gibson SG (the same make and model played by by AC/DC’s Angus Young, just a very different colour). Laura’s new guitar went unplayed for quite some time, however.

A fool who’ll was initially intended to be an acoustic album, much like its acclaimed antecedents Our Swan Song (2006) and Eden Land (2008). Laura moved to a cottage in Victoria’s Central Highlands in 2009 to write, but despite composing on her trusty steel string, the songs just didn’t sound right.

It was then that Laura remembered her pastel yellow prize. “When I’d pictured myself playing an electric, I’d always imagined I’d go for a Strat or a Telecaster,” she says now. “But somehow, the crunch, the almost brattinesss of the SG, seemed to impart something to the songs that they needed. And the ridiculous colour was kind of perfect as well.”

You could say Laura Jean went to the country and came back with a rock record. Opener So happy surprises with its thunderous drums and dueling saxophone solos, but there’s no foot-on- the-foldback rock posturing here. A fool who’ll is a dark album, claustrophobic and even menacing at times, but suffused with a fierce beauty that is pure Laura Jean.

She thinks of it as the dark twin of her first album. “Our Swan Song is about naivety, while Eden Land is about coming of age,” she says. “A fool who’ll is about realising we’re at the mercy of factors that we can’t understand or control, but learning to surrender to that unknowing.”

A fool who’ll was recorded with Melbourne engineer Simon Grounds, whose CV spans from 80s Oz classic My Pal by God, to recent records for the likes of Kes Band and Teeth & Tongue, as well as Laura’s 2006 debut Our Swan Song. They recorded at Head Gap and Dollhouse Studios in Melbourne, but then sent the tracks to Canada to be mixed by the renowned Darryl Neudorf (Neko Case, New Pornographers, Sarah MacLachlan) and mastered by the equally esteemed Peter J. Moore (Neil Young, Cowboy Junkies, Joni Mitchell).

Her band is the Laura Jean Trio, featuring longtime collaborators Biddy Connor (viola, piano accordion, keyboard and vocals) and Jen Sholakis (drums, guitars and vocals). Guests spots on the album include a duet on Spring with Paddy Mann, aka folk eccentric Grand Salvo, and the gorgeous harmonies of My Song, sung with Magic Silver White’s Jojo Petrina and Monica Sonand.

A fool who’ll is a landmark album for Laura, a reinvention of sorts, but also the starkest and most concentrated expression yet from an artist who grows bolder with each release.

Bandcamp Daily  your guide to the world of Bandcamp